NBTA Board of Directors

The Association acknowledges and celebrates the service of teachers who represent the collective voice of branches. These locally elected branch officers bring local concerns to the provincial stage, provide direction to the Association, and report back to teachers in their branches.

The role of the NBTA Board of Directors is to direct and supervise the Association’s business, property and affairs in conformity with the principles and directives of the association as appearing in the minutes of the meetings of the Directors and any General or Special Meeting of the Association; and, create by-laws respecting: 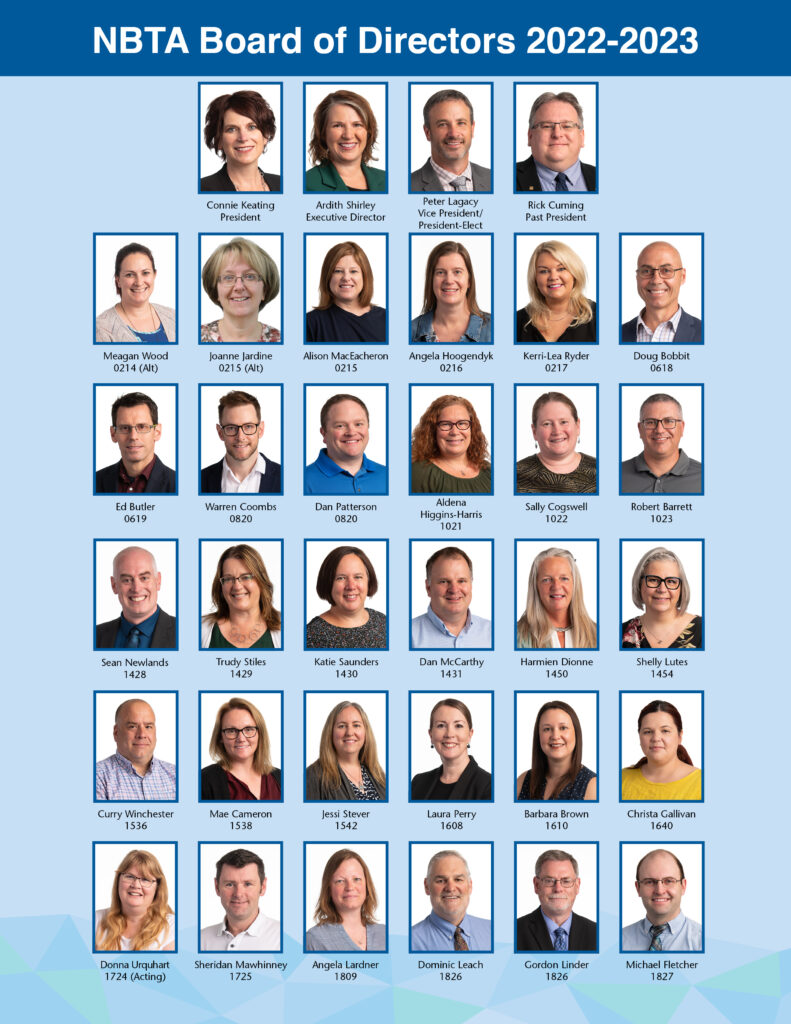